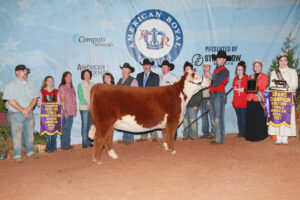 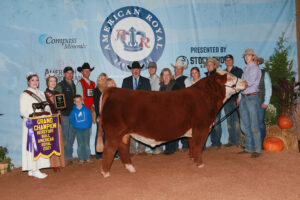 and showed with a THA 8087 Titanium J402 ET March heifer calf at her side.

When discussing the first two powerful classes of fall yearling females, judge Tom Hawk said, “I’ve been judging these national shows for 25 years, and we haven’t seen this in a while, these are rockin’ good females.”