2021 AHA Board of Directors Candidates Announced

Meet the six Hereford breeders contending for a position on the American Hereford Association Board of Directors. 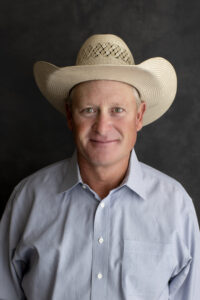 Chad Breeding of Miami, Texas, was raised working on his family’s registered Hereford operation, B&C Cattle Co. When he was 4 years old he was already riding horseback with his granddad, Earl, checking the herd. After graduating high school in 1988, he went to college. After completing his degree at Texas A&M, Chad returned home to the family operation, which markets about 100 Hereford bulls and 50 replacement females annually.

Chad’s love for the Hereford breed flourished when he returned home, as he started breeding cows and working in the show barn. Chad’s knowledge, gleaned from his father, William Breeding, gave him the ability to compete with show cattle on a national level, while also producing beef cattle with the genetic merit the market demands. Through the continued use of artificial insemination (AI) and embryo transfer (ET), the B&C brand is trusted across the country for sound, functional cattle that work in the show ring and excel in the pasture. While they sell a few show heifers, the majority of their cattle are sold to the commercial producer, mostly to Brahman cowmen who produce the sought after F1 known as the maternal Queen of the South.

Chad and his wife, Erin, have five children — Austin, 21; Blayke, 19; Wyatt and Lillian, 4; and Blair, 2. Fatherhood emphasized the importance of family and the value of passing down honesty, an ethic of hard work and a better life. After returning to Miami, a small town in the Texas Panhandle, Chad became active in the community. He has served on the stock show board since 2002 and as chairman since 2010. He was elected to the city council in November of 2005. He has been the Miami mayor since 2009. He also serves on the board of trustees of the First Christian Church. Chad is an active member of the Texas Hereford Association, serving on the board since 2011, including stints as president in 2016 and 2017. 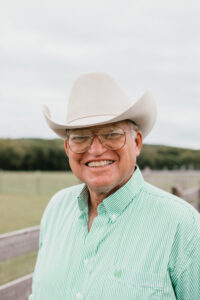 Jim Coley is a third-generation Hereford breeder from Lafayette, Tenn. Jim and his wife, Kay, have two grown children, Denise and Michael, and four grandchildren. Coley Hereford Farm began with Jim’s grandfather, his dad, Dee, and uncle, Clyde, as V.H. Coley and Sons in 1938. They had successful production sales from 1952 through 1978 and dispersed their herd in 1978 after Jim’s father passed away.

As a youth, Jim was active in the Tennessee Junior Hereford Association and 4-H and also assisted with all aspects of the farm. While attending the University of Tennessee, Jim was active in Block & Bridle, worked on the University’s cattle farm, and participated on the livestock and meats judging teams. Jim served on the National Junior Hereford Association (NJHA) board from 1973-1976. After graduation in 1976 with an animal science degree, Jim established his own cow herd and started working as a farm manager. Over the next nine years, he worked for Greenfield Farms, Tennessee; Green Valley Farm, Kentucky; and Nunnally Farm, Georgia. In 1985, he moved back to Tennessee and began a 30-year career in sales and management at farmers co-ops. He retired from co-op work in 2017 and works full time on his cattle operation.

In 2017, Jim moved his cattle back to the “home place” just east of Lafayette, Tenn. Today, his herd includes 50 cows, mostly Line 1, both polled and horned. He also raises five to 10 ET calves on a contract basis each year. Coley Hereford Farm produces commercial bulls, top-quality bred heife replacements and a few bulls for use in their and other seedstock operations. Jim maintains complete performance records and uses genomic testing. The calves not sold for breeding are fed and sold direct to the consumer as freezer beef. 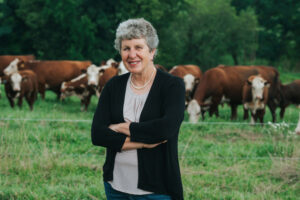 Lou Ellen Harr, along with her husband, Jeff, and daughter, Keayla, own and operate J&L Cattle Services in Jeromesville, Ohio. The operation started in 1996 when Lou Ellen’s former employer, Big T Ranch, was sold, and one of the farms was purchased. Originally a custom fitting service with a handful of cows, the operation has evolved to about 100 females, including 70 registered Hereford cows, a handful of registered Angus cows and commercial cows used as recipients for their ET program. J&L custom raises and collects data on approximately 100 head of heifers for purebred clients. A small feedlot completes the enterprise with the fat cattle marketed on the rail to a source-verified program demanding Choice and Prime carcasses. The family also farms hay and row crop ground. Cattle carrying the JLCS prefix are marketed through a semiannual sale, the J&L and Guests Sale. Since the first sale in 2005, cattle have been marketed into more than 20 states and Canada.

Growing up in Missouri on a small farm with a few Hereford cows, Lou Ellen attended the University of Missouri and Kansas State University to obtain a master’s degree in reproductive physiology. She then went to work for Hereford breeders in Missouri and Virginia before managing the show and sale cattle at Big T Ranch in Ohio.

In addition to managing the day-to-day operations at J&L, Lou Ellen works more than 10 purebred Hereford sales per year where she helps sell cattle on a commission basis. Lou Ellen also teaches at the Ohio State University Agriculture Technical Institute each fall where she educates college students about livestock evaluation and selection. Lou Ellen and Jeff have helped numerous young people get involved in the Hereford breed and are strong advocates of the NJHA.

Lou Ellen is a lifetime member of the AHA, having previously served on the nominating committee. As a director on the Buckeye Polled Hereford Association, she served on the committee that joined the state’s polled and horned Hereford associations. Lou Ellen currently serves on the Ohio Beef Council, overseeing the state’s checkoff dollars. J&L Cattle Services was named Seedstock Producer of the Year by the Ohio Cattlemen’s Association in 2018. 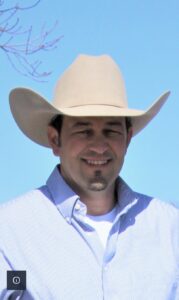 Travis McConnaughy was born and raised on a seedstock Hereford operation previously owned by his grandparents, Calvin and Jean Watson. Travis and wife, Sarah, own and operate the family’s ranch, which is now known as WMC Cattle Company. They have expanded the ranch to include 1,300 acres, approximately 300 Hereford cows and 150 commercial cows. WMC Cattle Company is a progressive program that collects carcass ultrasound measurements and actual data on their purebred calves, in addition to using the latest technology, such as AI, ET and genomics.

From 2001-2006, Travis was self-employed in the construction field. He returned home in 2006 to help his grandfather on the ranch. Travis and Sarah married in 2011 and purchased the ranch, which had 66 Hereford cows at the time. That was after Travis lost a leg to a motorcycle accident in 2009.

WMC Cattle Company hosted its first annual female production sale in 2019 — the Ladies of the Ozarks. Next came the first annual WMC Bull and Commercial female sale in 2020. Travis manages the ranch as a business. He demands high performance from his cattle with minimal inputs. His high standards, open mind and willingness to change stack the odds toward the operation’s financial sustainability for generations to come. Currently, the next generation includes Jett, 7 and Watson, 6. WMC Meat Co., a small meat sales business, is the ranch’s most recent addition. It opened another avenue for the ranch to capitalize on the quality it produces.

Travis is the current president of the Missouri Hereford Association; he was vice-president the previous two years and has been on the board six years. In 2020, WMC Cattle Company was recognized as the Missouri Purebred Breeder of the Year. Beyond the Hereford scene, Travis is a fifth-year member of the Ozark County Soil & Water board. He is also serving his second term as president and his fifth year as a board member of the Farm Service Agency. 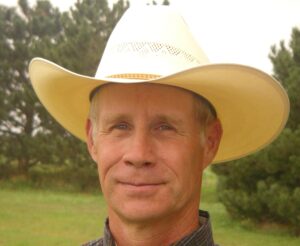 John assumed management of Ridder Hereford Ranch after the sudden death of his dad, Paul, in 1972. That was just a year after John graduated from Colorado State University with a degree in animal science and a minor in agricultural economics. He is the third generation to operate the 114-year-old ranch and show carload bulls in the National Western Stock Show (NWSS). His ranch raised “Metric” won grand champion bull honors at the 1982 NWSS.

John began hosting an annual sale on the ranch in 1974. Currently, he markets approximately 100 yearling and 2-year-old bulls and 75 heifers on the first Thursday of February. He has utilized both on-site and Internet bidding for many years.

Ridder Hereford Ranch consists of rotational grazing pastures and one long-term lease. Aside from hay ground, the ranch has no farming interests and runs only a spring-calving registered Hereford herd. At any given time there are 600 to 700 head grazing or winter feeding on the ranch. John is an innovator, interested in learning what is around the corner and whether it can be applied to his operation. He has taken part in continuing education classes and conservation practices such as a year-long Grazing Short Course and the Conservation Stewardship Program for 10 years.

John and his wife, Mary, have six children, two daughters-in-law, a son-in-law and five grandchildren, all with ownership interests in the ranch. The fifth generation of Ridders are now taking part in ranch activities. Focus on the attributes of Dams of Distinction and on disposition have been key to the ranch’s ongoing support by their cow-calf buyers. 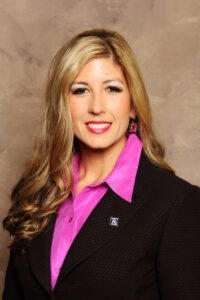 Corinne Santos was born and raised in the Central Valley of California. She is a thirdgeneration farmer and owns and operates Santos Hereford Ranch in Hilmar, Calif. The family began farming in the Central Valley in the early 1950s, when the operation included a 500-cow dairy operation, corn/oat silage and hay farming.

Corinne’s father, John, began purchasing Hereford cattle to show in high school and the passion for the breed has continued. Corinne’s parents, John and Susan Santos, started building the herd when she and her brother were of the age to show. The family became members of both the AHA and the California-Nevada Hereford Association (CNHA). John was a board member of CNHA for many years. Upon his passing in 2017, Corinne assumed all management duties of their herd.

As a small breeder, the focus has been to breed maternally superior females, bulls and registered Hereford steers that excel in both the show ring and production. The cattle are typically marketed through sales and by private treaty. The family has always been huge supporters of the junior association and its exhibitors. They have donated countless hours coordinating and volunteering at state shows and field days.

Corinne is a graduate of California State University, Fresno, with a bachelor’s degree in agricultural business and a minor in mass communications and journalism. She has had a successful career in finance and lending for more than 20 years. Corinne is senior vice
president and market manager for Farmers and Merchants Bank of Central California. She is also a recent graduate of the Southwestern Graduate School of Banking program at Southern Methodist University in Dallas, Texas.

Corinne and her family have been members of the AHA for over 35 years. She is currently the treasurer for the CNHA and an advisor for the California-Nevada Junior Hereford Association. Corinne was recently elected president of the board of directors for United
Cerebral Palsy of Stanislaus County, and she is also a board member for the Stanislaus County Farm Bureau. She was the national chairperson of the Young Professionals Committee for the Risk Management Association.