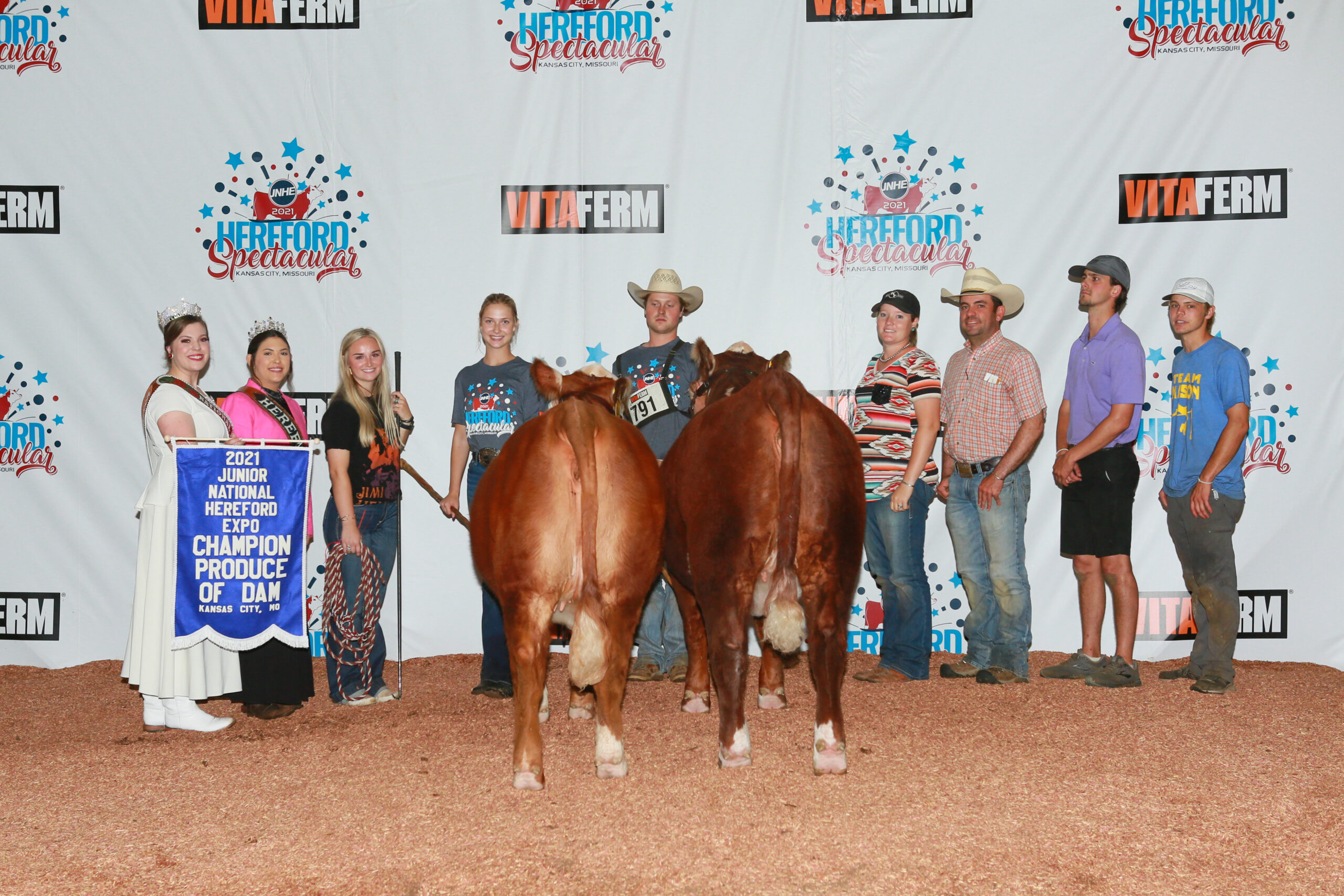 KANSAS CITY, Mo. — In addition to exhibitions, Hereford youth competed in numerous special contests during the 2021 VitaFerm® Junior National Hereford Expo (JNHE), Hereford Spectacular in Kansas City, Mo. These contests awarded young people both individually and as groups for their dedication to Hereford cattle and to honor their successes throughout the JNHE.

Winning the GKB Super States contest were the states of Kansas and Virginia. Split into small states (less than 25 head of cattle shown at the JNHE) and large states (more than 25 head), members earn points for their state from placings in the showring and in other contests throughout the JNHE. Virginia won the small states division and Kansas won the large states category. The GKB Super States contest is sponsored by GKB Cattle, Waxahachie, Texas.

Receiving the Golden Pitchfork award for stall maintenance and cleanliness were the youth exhibitors from the state of Wisconsin. The Golden Pitchfork Award was developed to encourage junior exhibitors to work together in the display of their cattle, as well as to create state pride during the JNHE. It is presented to a state association that displays a combination of cleanliness, uniformity in stalling and additional decoration of the area representing the state.

The 2021 VitaFerm® Junior National Hereford Expo, Hereford Spectacular, was sponsored in part by BioZyme Inc., St. Joseph, Mo. The National Junior Hereford Association (NJHA) is one of the most active junior programs in the country with approximately 3,800 members. The NJHA’s mission is to create and promote enthusiasm for the breed while providing opportunities through leadership, education and teamwork. For more information about the NJHA, visit JrHereford.org.