2021 Hereford Herdsman of the Year Candidates

During the 2021 Cattlmen’s Congress, Hereford exhibitors will submit their votes for the 2021 American Hereford Association (AHA) Herdsman of the Year through an online survey. A link for voting will be sent to the email address submitted with the original entries to the Cattlemen’s Congress prior to arriving in Oklahoma City. Exhibitors are allowed one (1) vote per email and votes must be submitted by 11:59 p.m., Saturday, Jan. 9. Exhibitors are highly encouraged to submit their votes early. The winner will be announced prior to the selection of the supreme champion Hereford, Sunday, Jan. 10.

Serving on the 2021 Hereford Herdsman selection committee are Bobby Singleton, chairman; Matt Scasta, Buck Cattle Co.; Eric Eldridge, Colyer Herefords; and Robyn Kelley Samsel, Barber Ranch. The AHA thanks them for their time putting together a great group of candidates. 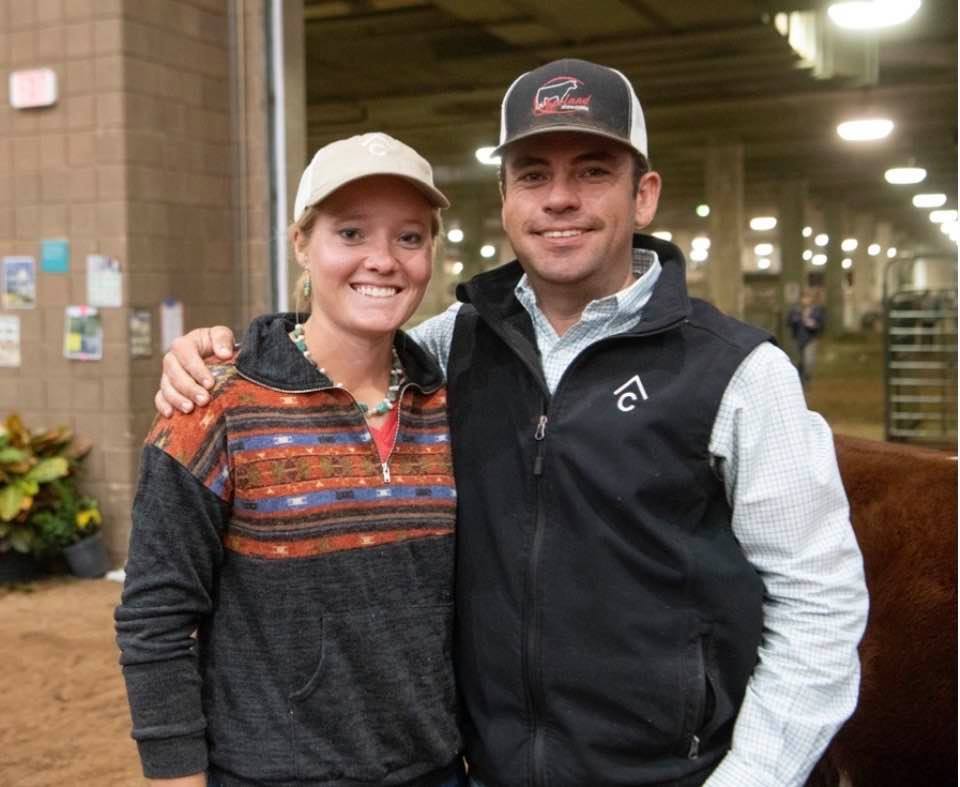 Alyssa Copeland of Copeland and Sons Herefords LLC, Nara Visa, N.M., is instrumental in the operation’s success. She joined Copeland and Sons after graduating from Tennessee Technological University in 2014 with a bachelor’s degree in agriculture and a concentration in animal science. At the ranch, she is responsible for all rtificial insemination (AI) and embryo transplant (ET) setups, and assists with calving 100 heifers and 500 cows every spring.

Since joining the Copeland team, she has managed numerous reserve and national champions at the National Western Stock Show (NWSS), Fort Worth Stock Show (FWSS) and Junior National Hereford Expo (JNHE). She has also been named premier breeder at both the NWSS and FWSS in 2015 and again in 2018.

Alyssa grew up showing cattle at her family’s small farm in Jackson, Tenn. She served as the state vice president of the Tennessee FFA Association and the vice president of the Tennessee Junior Polled Hereford Association. In 2013, she was named JNHE state junior of the year. Her drive and attention to detail exemplify the true makings of a herdsman, and the Copelands are proud to have Alyssa as part of the family.

Her drive and attention to detail exemplify the true makings of a herdsman, and the Copeland family is proud work alongside Alyssa on the ranch and in the show barn. 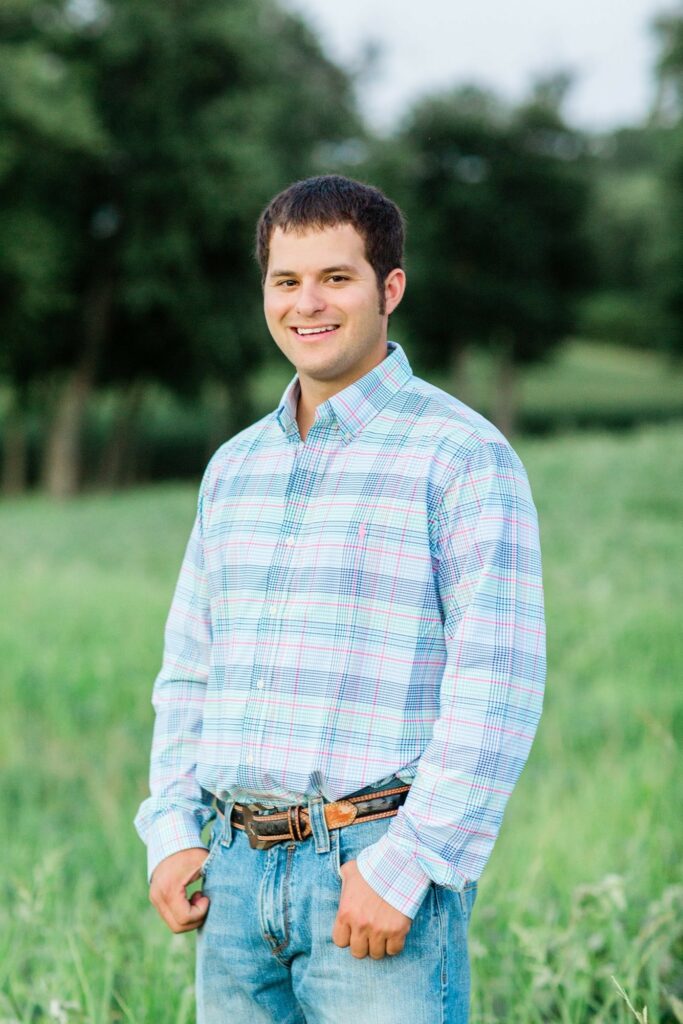 Kyle Lemmon owns and operates KL Lemmon Cattle Co. in Manchester, Md., alongside his wife, Nicole, and daughter, Blakely. Kyle’s passion for the Hereford breed began at 9-years-old and since then, he has focused on raising high-quality cattle.

He believes the Hereford industry has incredible value, and is honored to be a part of the breed. He spends countless hours in the barn raising and managing his herd and completing day-to-day operations. Over the last decade in building his operation, he has devoted considerable time to studying genetics and matings to breed some of the most elite females and influential bulls.

Kyle’s work ethic, respect, integrity and accountability are second-to-none. He ensures his customers have the best experience in the showring and provides them with great genetics to make exceptional breeding pieces. 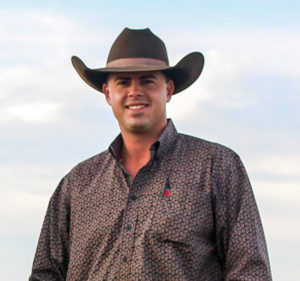 No stranger to hard work, Zach Wells exemplifies the qualities of a true cowman. He and his wife, Shelby, live in Oskaloosa, Kan., where Zach runs a custom-fitting service. He also helps his fatherin-law and brother-in-law manage a recipient herd.

This Texas native is a natural in the showring and learned many valuable lessons from his father, Tom — a past Angus and Chianina Herdsman of the Year. In 1999, Zach began exhibiting Angus and Red Angus heifers at Texas majors and national shows.

Since then, he has never been a stranger to the showring. His successful showing career took off with his champion bredand-owned Angus heifer at the 2004 NWSS and has continued with the success of LAR Annsley 843 ET, the champion polled female at the 2019 JNHE and both the junior and open shows at the 2020 NWSS.

Zach’s dedication and attention to detail has earned respect from the industry — a sure mark of a Hereford Herdsman. 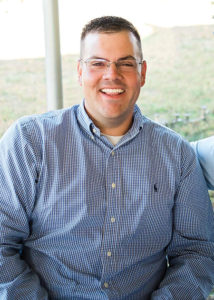 He grew up raising and showing Angus cattle and went on to assist many large Angus and Hereford operations at nationals shows across North America before joining Grimmel Girls in 2010. Jacob has led the Grimmel Girls program to win many national titles including the NWSS, NAILE, JNHE, KILE and, most notably, the 2016 NWSS grand champion polled female; along with several show heifer and show bull of the year awards.

The Grimmel operation utilizes intensive ET and IVF programs in both their Maryland and Kansas locations, where they breed, raise and market genetics through online sales every fall and spring. Since their first online sale in March 2016, they have sold cattle and genetics to customers in more than 25 states and several Canadian provinces.

The Grimmel Girls online sales are some of the highest averaging Hereford online heifer sales in the country. Jacob takes pride in raising and selling Hereford cattle that are not only successful in the show ring, but more importantly in production. He thoroughly enjoys working with their customers and providing a great and successful experience. 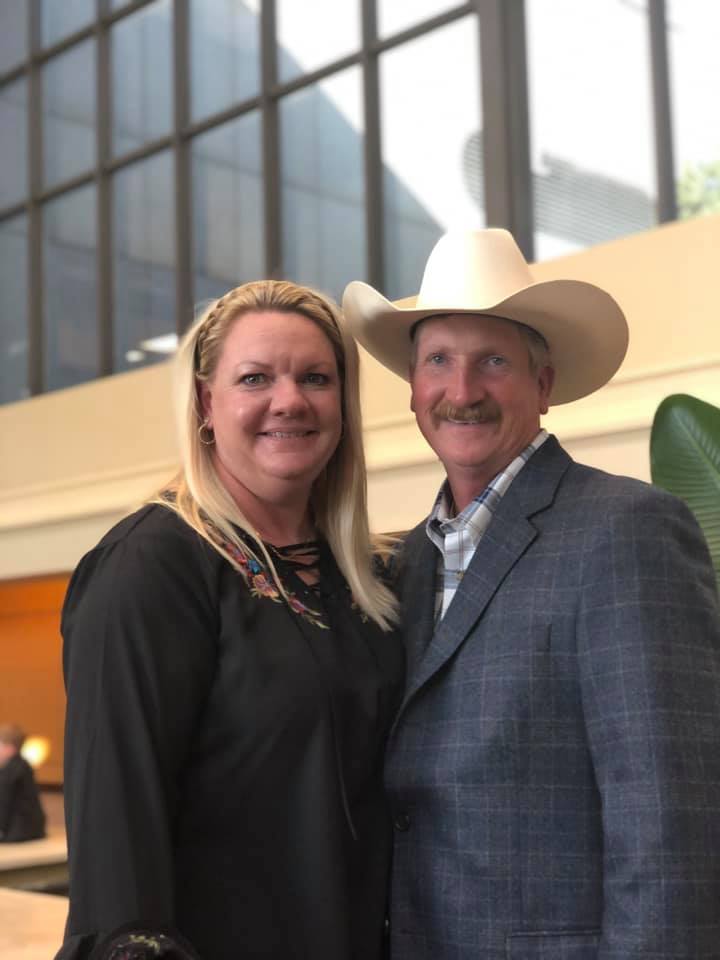 James and Shannon moved back to the ranch in the late 1990s after graduating from Texas A&M. Worrell Enterprises is multifaceted with show and sale cattle, an artificial insemination and embryo facility and a private sale ring.

The Worrells host numerous productions, an annual club calf sale and an annual show camp for junior exhibitors. James and Shannon pride themselves on helping numerous junior showmen develop their showmanship and herdsmanship.