Ladies of the Royal Sale Recap 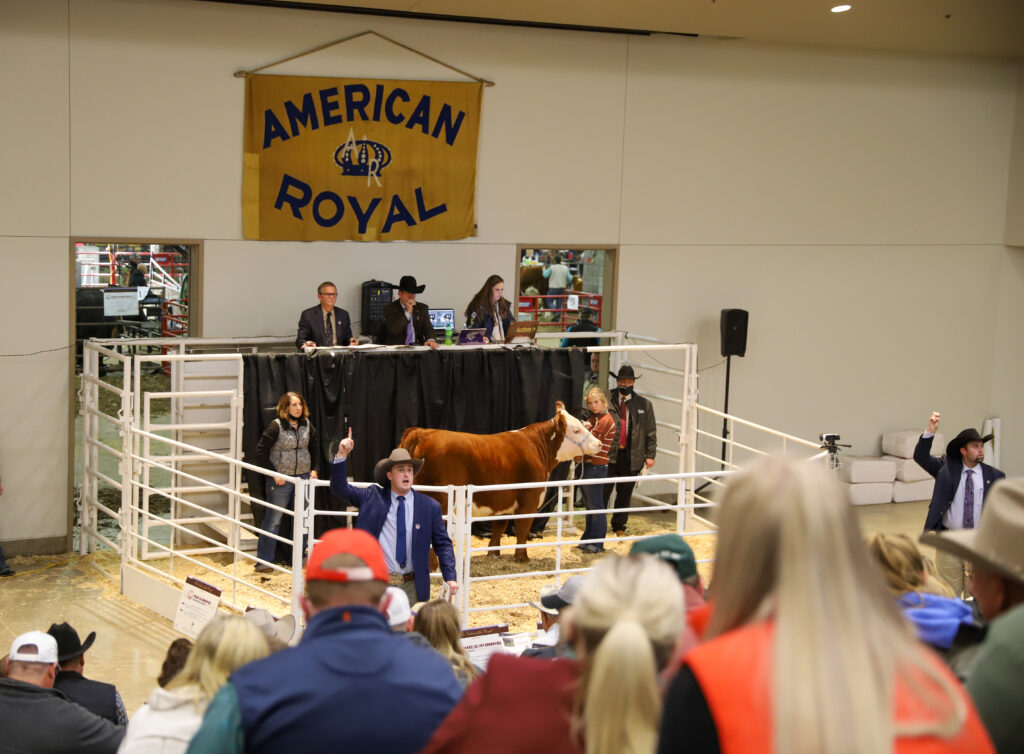 KANSAS CITY, Mo. — The Ladies of the Royal Sale was well attended again this year as Hereford breeders filled the seats of Wagstaff Sale Arena at the American Royal Complex in Kansas City, Mo., on Oct. 24. The 2020 lot line-up featured 13 females selling for an average of $4,519. This included 10 open heifers selling for $4,875 per heifer and three bred females gathering an average of $3,333 per lot. Sixteen embryos rounded out the sale with a $484 average.

The embryo auction featured several elite matings, and topping this portion of the sale was the consignment from WMC Cattle Co., Wasola, Mo. These three in vitro fertilization reverse-sort female embryos are a mating of EXR Benchmark 8240 ET and WMC A152 9328 DaiseyMae 2C ET. These embryos were selected by Brad Shockley, Buffalo, Mo., for $600 per embryo.

A Henry Big Boy Classic .44 Magnum rifle from the National Hereford Women (NHW) was featured as Lot 2. The donations from the gun went toward supporting the NHW educational programs for Hereford youth. The Lot 2 rifle went to RGR Cattle, Kim Carney Rhodes and Jane Lee Carney of Carlinville, Ill., for a final bid of $4,500.

Again this year, 1% of the sale proceeds will go toward the Hereford Youth Foundation of America to support its Foundation 1 Club.