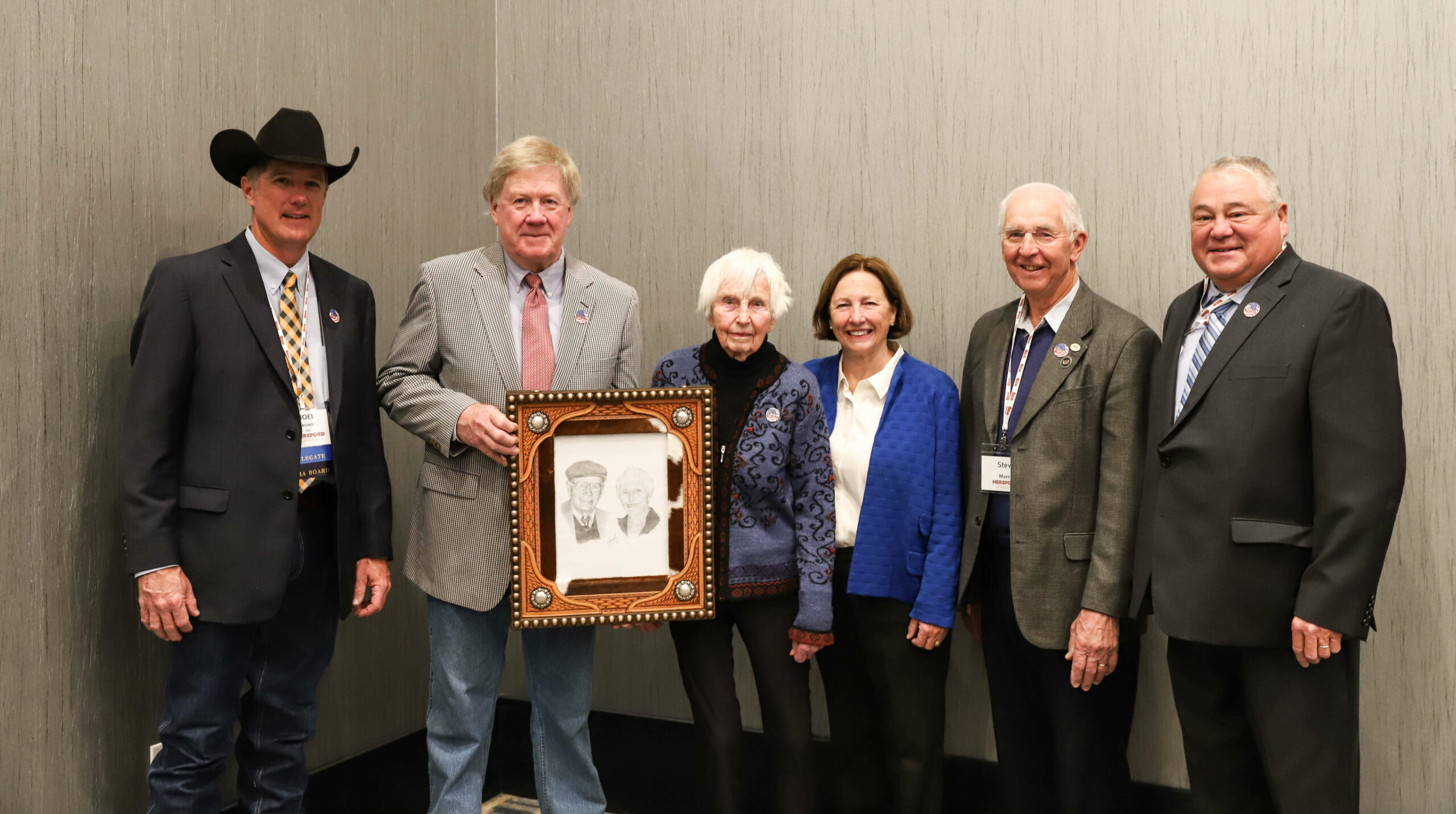 KANSAS CITY, Mo. — Warren and Isabel Brown, Hartland, Wis., were inducted into the Hereford Hall of Fame at the American Hereford Association’s (AHA) Annual Membership Meeting and Conference, Oct. 24, in Kansas City, Mo. The Hall of Fame awards are presented annually to those who have influenced the advancement of the Hereford breed and the beef industry. 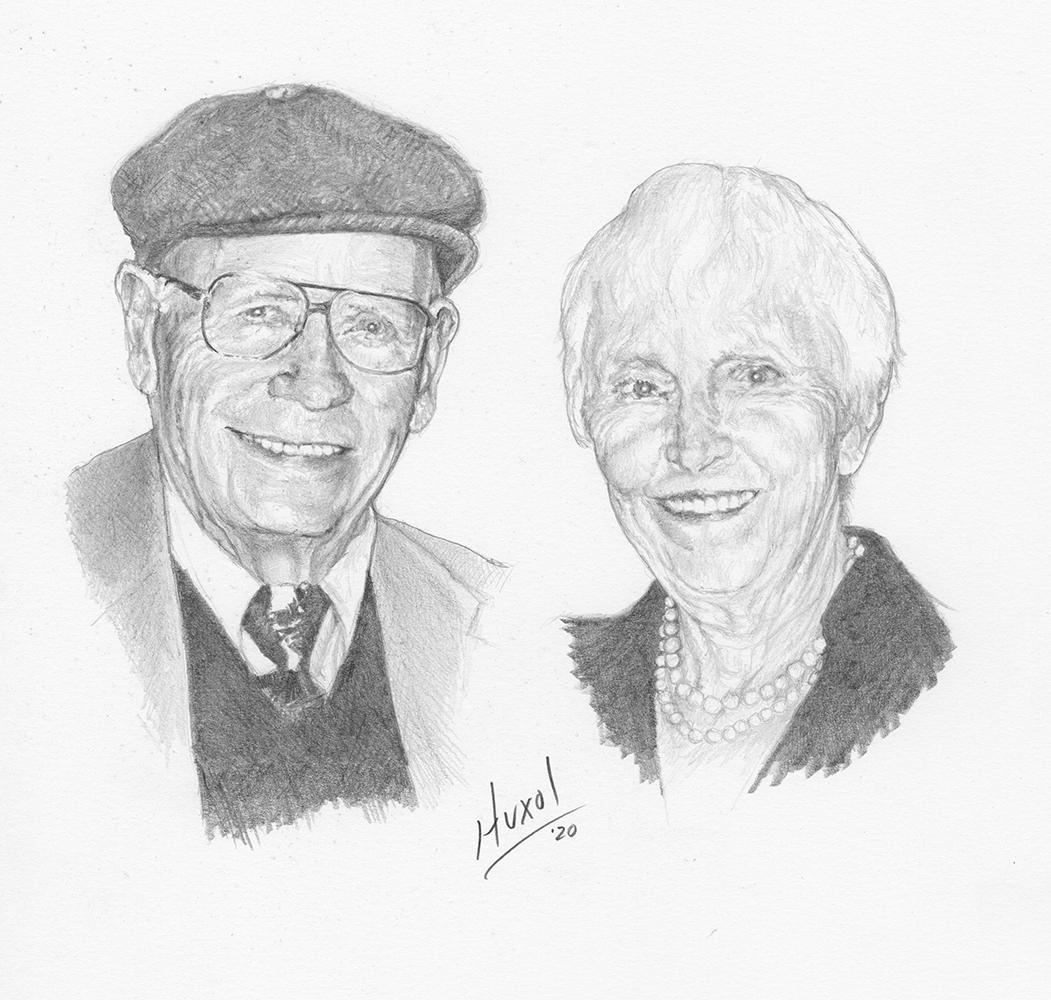 The late Warren Brown and his wife, Isabel, 98, of Hartland, Wisconsin, are widely respected for their mentorship and leadership within the Hereford breed. The couple married in 1941, bringing together two established families from southeastern Wisconsin. Soon after their union, Warren served in WWII aboard a destroyer escort, and upon homecoming he and Isabel purchased a nursery farm in Waukesha County where they established a herd of polled Hereford cattle.

Warren and Isabel each bought a polled heifer at the 1953 Illinois State Sale and began showing cattle under the herd letters W-I-B, a prefix now found throughout the U.S. and even Costa Rica. Their three children became active in showing Herefords, and the couple naturally became leaders in Hereford youth programs. They were integral in establishing the Wisconsin Junior Hereford Association and have counseled countless youth in and out of the show ring.

The Browns helped establish the formerly named Wisconsin Polled Hereford Association and were known as the face of the association for many years. Each served as president and Isabel led the organization as the executive secretary. She was also the first president of the Wisconsin Poll-ettes.

Jerry Huth of Huth Polled Herefords in Oakfield, Wisconsin, says, “There are few people who can match the passion of Warren and Isabel Brown for the promotion and advancement of the beef business and the Hereford breed. Warren and Isabel are a model of the people that have made this breed great — untiring and continuous support of the beef industry, promotion of national and state Hereford organizations, and their love and support of the Hereford breed and the people who call themselves Hereford breeders.” Jim Birdwell of Fletcher, Oklahoma, who auctioneered the Browns’ production sales for several years, adds, “They were truly icons in their own way and the Hereford breed is stronger today and in the future because of their contributions given unselfishly to a breed of cattle they truly believed in.”

In celebration of their successes, the pair has been awarded Livestock Producer of the Year by the Wisconsin Livestock Breeders Association as well as Cattle Producer of the Year by the Wisconsin Cattlemen’s Association. In 1995, Warren and Isabel were inducted to the Wisconsin Hereford Association Hall of Fame for their efforts as “breeders who have given unselfishly to the benefit of the Hereford breed.” It is our pleasure to honor them on a national level for their commitment to keeping the Hereford breed at the forefront of the industry.