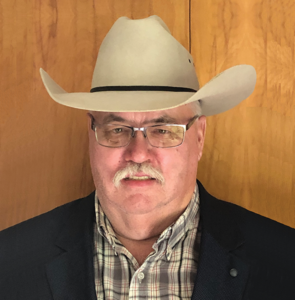 
In Winner, S.D., Jerome Ollerich operates Ollerich Bros. Herefords along with his brother, James. With their father’s help, the brothers got their start in the Hereford business with a 4-H project, sparking a lifelong passion for the breed. More than 50 years later, the Olleriches have grown their project into an operation consisting of approximately 100 Hereford cows and 30 bulls, which are marketed through annual private treaty sales. Ollerich cattle have been sold to producers in 13 states and three foreign countries.

With an extensive background in the cattle industry, Jerome is knowledgeable on many aspects of the business. Before relocating to Winner, he grew up on a diversified farm in Sioux Falls, S.D., which included corn, soybeans, oats and a commercial cow herd. Additionally, his father owned a livestock auction barn and co-owned a grain elevator and a 10,000-head commercial feedlot. Jerome’s brother is involved in the trucking business and primarily hauls cattle.

Jerome is very active with the South Dakota Hereford Association (SDHA). A past president, he has served two terms on its board of directors. In 2019 the SDHA recognized Ollerich Bros. Herefords with the Seedstock Producer of the Year award, the same year in which the brothers received the Golden Breeder award from the AHA. They have also hosted the South Dakota Junior Hereford Association Field Day back-to-back years and look forward to hosting the event in the future.

In his community, Jerome served two terms on the township board and has served on the local church board. He was also a director of the South Dakota Rodeo Association for seven years.