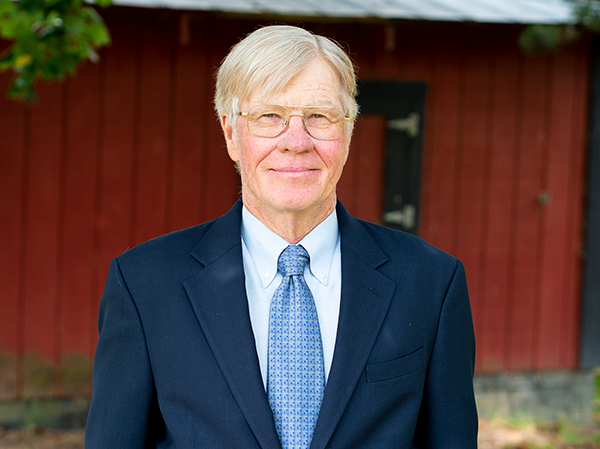 After high school, Bob served in the Navy from 1968-72. Leveraging the skills he learned from his naval training, Bob spent 38 years in the computer-services industry, retiring in 2012 as a director for corporate program management. Although he had little exposure to agriculture growing up, Bob learned about his family’s agricultural roots from his grandfather, who had moved to Washington, D.C., during the Great Depression. Inspired by his grandfather’s stories, Bob established Deer Track Farm in 1979 with his wife, Shirley, and their children.

From the word go, the farm has incorporated leading industry tools and technology to assure superior standards. Registered Herefords were introduced in 1996, and to grow the herd, Bob flushed high-end cows and transferred the embryos into his commercial cow herd. Five Deer Track Farm bulls have been accepted into the AHA’s National Reference Sire Program. Bob is one of the original 40 Gold Whole Herd Total Performance Record (TPRTM) breeders and has been recognized as a Gold TPR breeder every year since the program’s inception. Naturally, he achieved Platinum TPR breeder status in the fall of 2020.

Bob joined the Virginia Hereford Association (VHA) in 1997 and served on the board for 18 years, seven of which he held the role of president or vice president. He spearheaded and managed the VHA’s Bull Development Program, which has tested over 800 bulls since 2001 and has increased the marketability of Hereford bulls in Virginia. He also produced a historical video featuring original charter members of the 1968 Virginia Polled Hereford Association.

In 2017 Deer Track Farm hosted both a VHA Field Day and a Certified Hereford Beef® Field Day, where the Sysco® sales team learned about beef production firsthand. With conservation a priority, the farm is part of the United States Department of Agriculture Conservation Easement Program to ensure land will not be subdivided and developed. Deer Track Farm was recognized with the Clean Water Farm Award in both 1994 and 2013 by the Commonwealth of Virginia’s Department of Conservation and Recreation and was honored as the 1994 Conservation Farmer of the Year for Spotsylvania County.