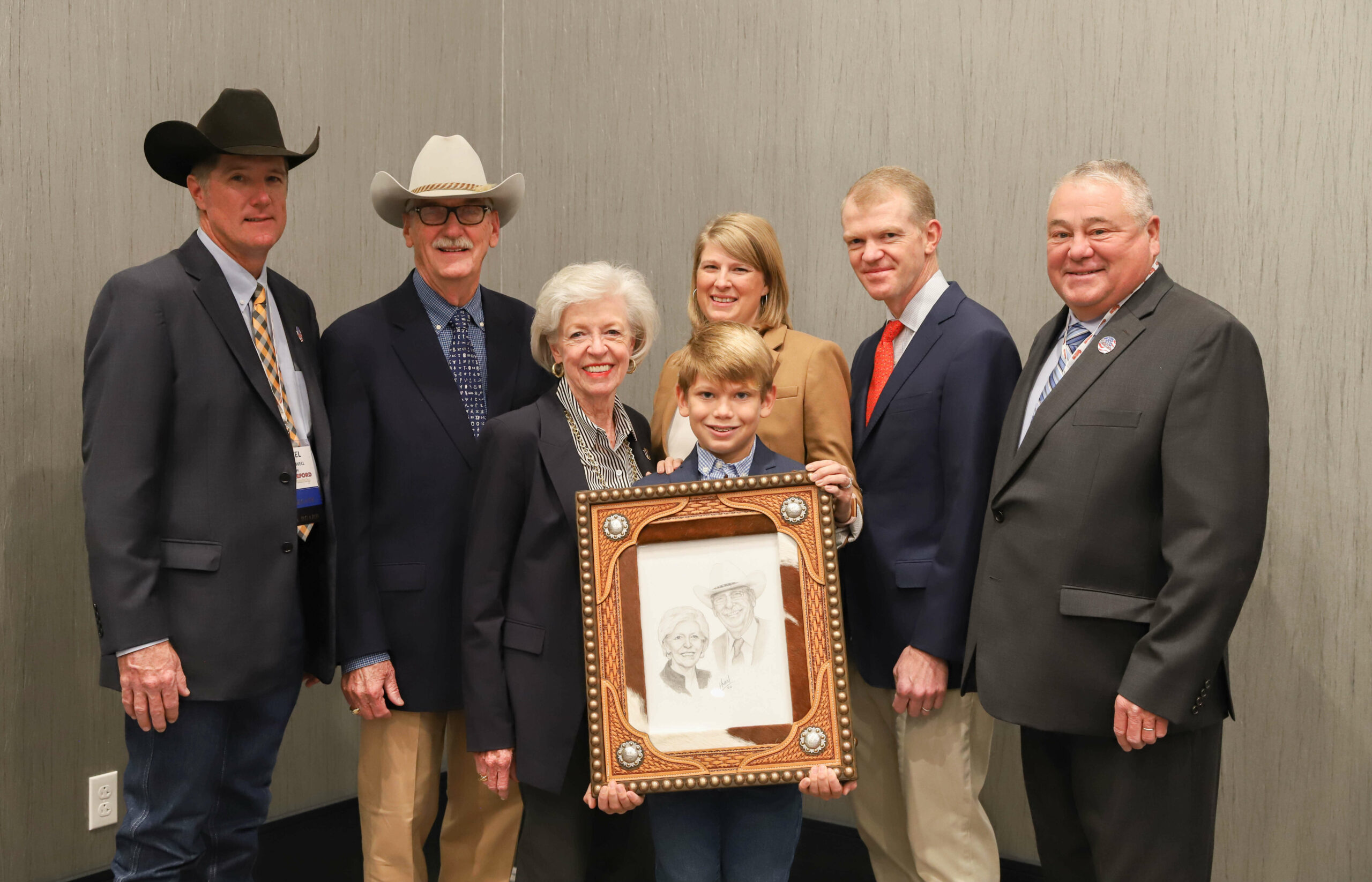 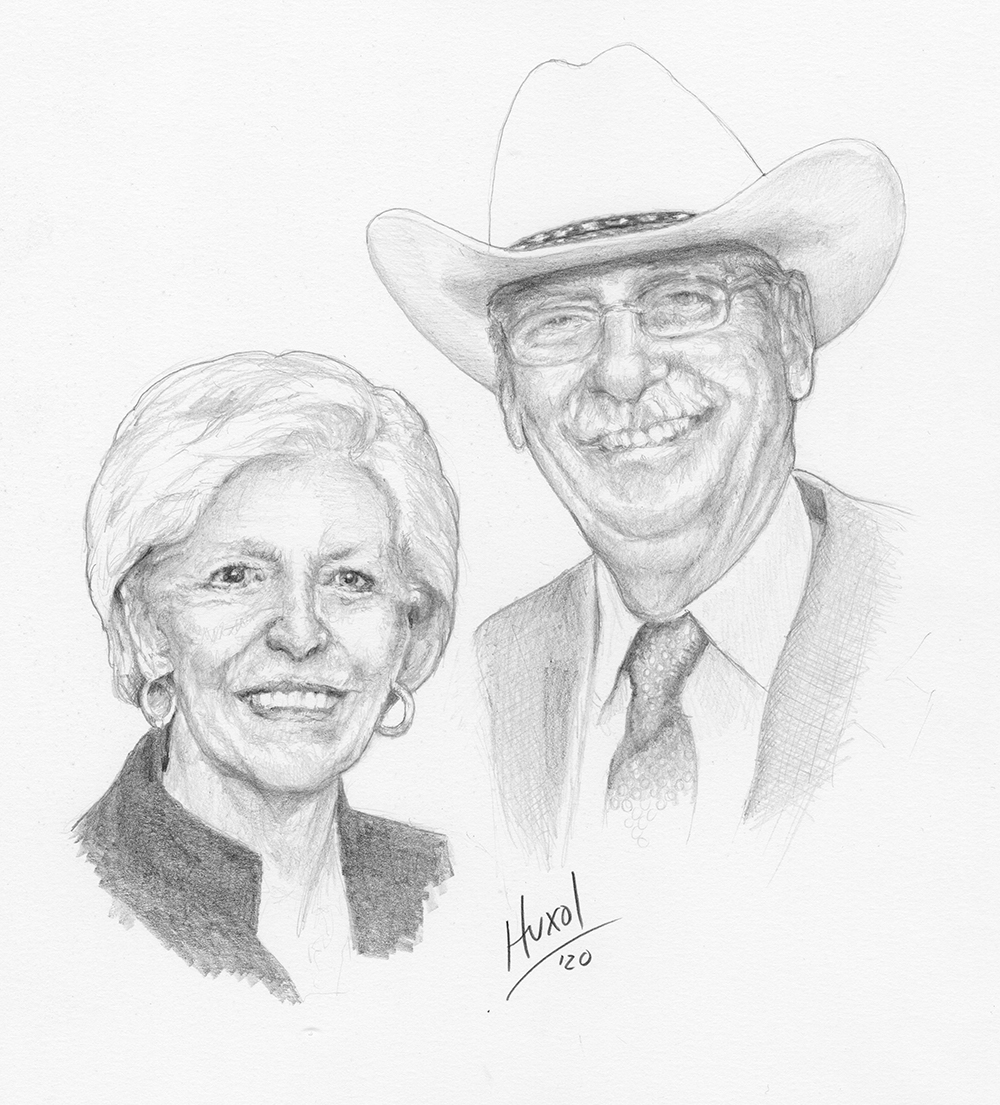 Distinguished leaders John and Ginger Dudley have left their mark on the Hereford breed in the state of Texas and across the country. In partnership with multiple family members, the pair operates Dudley Bros. in Comanche, Texas, and carries on a legacy of producing commercially focused registered Herefords.

Dudley Bros. began as a three-way partnership in 1927 between John’s father and two uncles. The registered herd was added in 1938 and the operation’s first of now 59 annual production sales was hosted in 1962. John, who was born and raised on the ranch, met Ginger at Trinity University in San Antonio. He later attended Thunderbird School in Arizona and then served in the U.S. Navy for four years. Two years later, John and Ginger married and settled down in Comanche. John and Ginger enjoy spending time with their son, Gardner, and his wife, Elizabeth, along with their three grandsons Will, Thomas and Hudson.

Phillip Burns of Burns Farms Herefords in Tennessee praises John and Ginger for their outstanding teamwork. He says, “John and Ginger have been the glue that has helped make the family partnership work, and the vision and strategic direction of the successful business has largely derived from their effort. Their mutual support and affection for each other is contagious.”

Arthur Uhl of Powell Herefords in San Angelo, Texas, recognizes John and Ginger as “tireless advocates of not only the Hereford breed, but agriculture, conservation, culture and community as well.” The couple established the Jackson Albert Dudley Scholarship fund and were leaders in forming Friends of Historic Comanche Inc. John was also appointed to the board of regents of the Texas State University System and was an outspoken advocate for agriculture programs in the system’s seven universities. Additionally, he served as director for the Texas Agricultural Land Trust.

Longtime friend and peer Jack Chastain, executive secretary for the Texas Hereford Association (THA), says John serves with purpose and sincerity in every role he holds. “John’s passion for the ranch and for the Hereford breed has contributed not only to his personal ranching success but to the success of our Texas Hereford Association,” Chastain says. “His business and political science degrees were most helpful in shaping programs and policies of THA.”