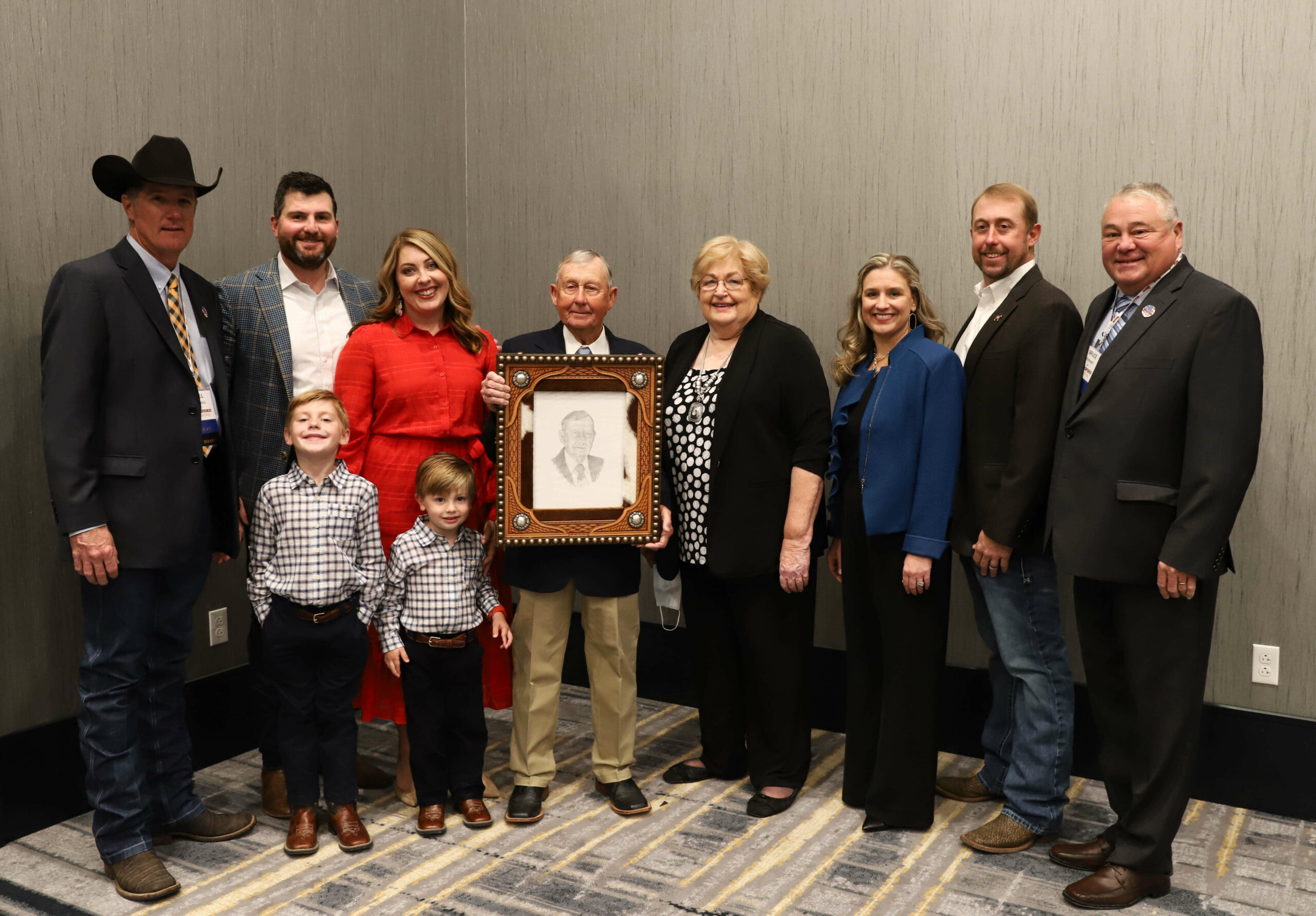 KANSAS CITY, Mo. — Billy Ashe, Selmer, Tenn., was inducted into the Hereford Hall of Fame at the American Hereford Association’s (AHA) Annual Membership Meeting and Conference, Oct. 24, in Kansas City, Mo. The Hall of Fame awards are presented annually to those who have influenced the advancement of the Hereford breed and the beef industry. 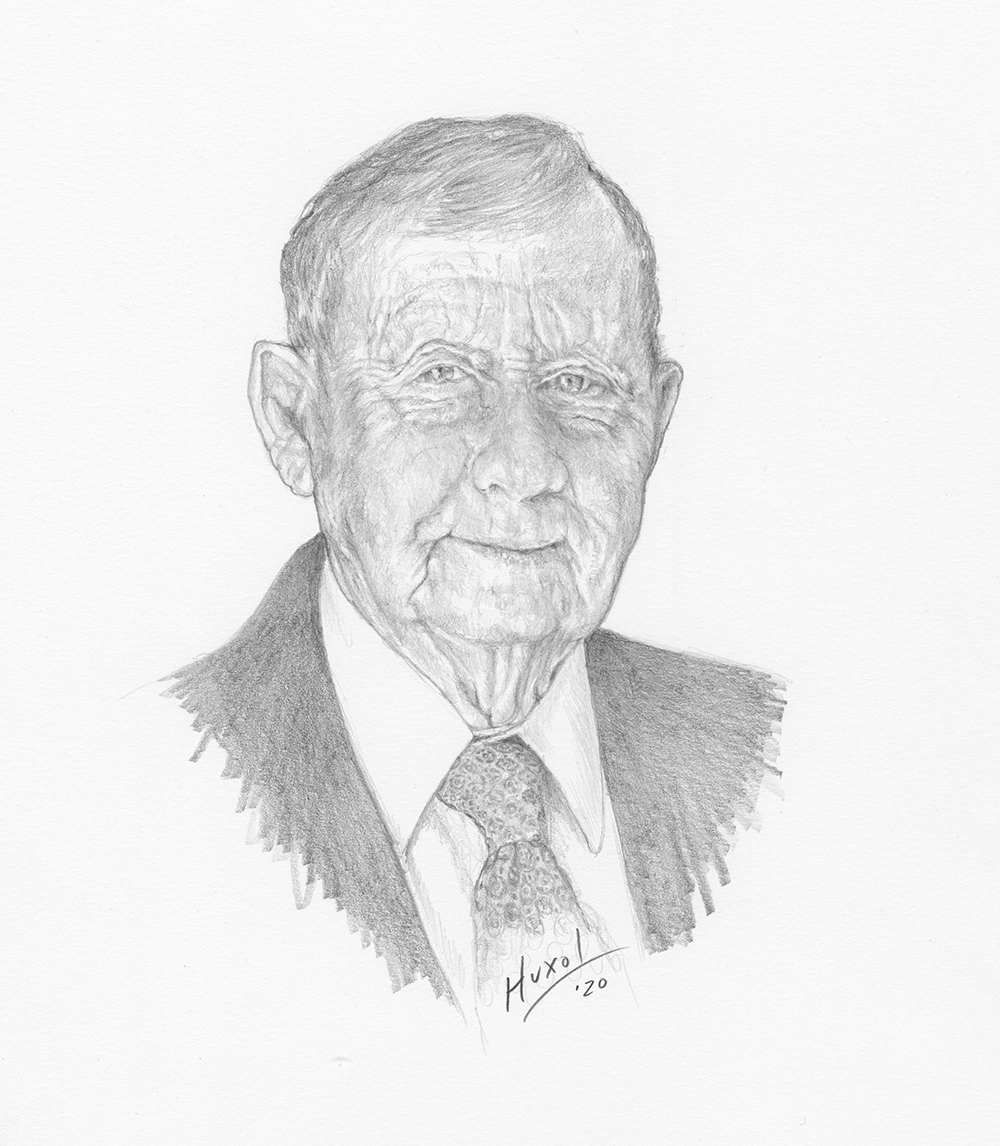 In the spring of 1956, a first-year student at the University of Tennessee with an FFA state farmer degree hitched a ride to Stillwater, Oklahoma. After leaving Selmer, Tennessee, at 9 p.m., Billy Ashe arrived at Oklahoma State University at 10 the next morning and was enrolled in fall classes and back on the road to Tennessee by 3 that afternoon. Bound and determined to be a cattleman, Billy spent his youth learning the ins and outs of the beef industry by working for many established ranches and competing on OSU’s livestock judging team coached by Dr. Robert Totusek. Billy’s love of learning has never faltered, and his wisdom extends to those young and old and coast to coast.

This lifetime resident of Selmer started his registered Hereford herd from scratch in 1963 after earning a degree in animal science and serving two years in the U.S. Army during the Korean War. He quickly became a key influencer in the commercial adoption of Hereford genetics in the Southeast and was a driving force in establishing the Tennessee Hereford Marketing Program feeder calf sale, which set the standard for similar sales marketing Hereford genetics. He helped merge the horned and polled Tennessee state associations, and under his presidency the membership of the Tennessee Hereford Association doubled. Jeremiah Malone, president of the Tennessee Hereford Association, describes Billy as a “great champion of the breed” and a man who “gives 110% to anyone who will reach out.”

Billy is eager to credit Joyce, his wife of 44 years; son, Wesley; and daughter, Patti; and their families for their endless support of his achievements and for carrying on the Ashewood Farm legacy. His other role models include his father, William C., as well as Neil Trask, Earl Purdy and the Circle M Polled Hereford Ranch operation.

A firm believer in education, Billy is dedicated to tracking statistics and was an early adopter of performance testing and artificial insemination. He works tirelessly to help others in their quest for education and has established the W.C. and Addillia Ashe Agriculture Education Memorial Scholarship to support emerging agriculturalists.

Fellow Hereford breeders Fred McMurry, Eric Walker and Marty Lueck commend Billy as an innovative, astute cattleman who is an ambassador and lifelong learner of the breed, and Tim Dennis of Glade Haven Herefords in New York has dubbed Billy a “bubbling fountain of Hereford knowledge.”

Mark Cooper of Cooper Hereford Ranch in Montana says, “Billy truly exemplifies everything that is positive and good about the Hereford breed. His work ethic, integrity and commitment to his family’s operation serves as an example to all those wishing to make their mark in an industry full of great cattlemen and cattlewomen.”