2020 Junior Herdsman of the Year Finalists 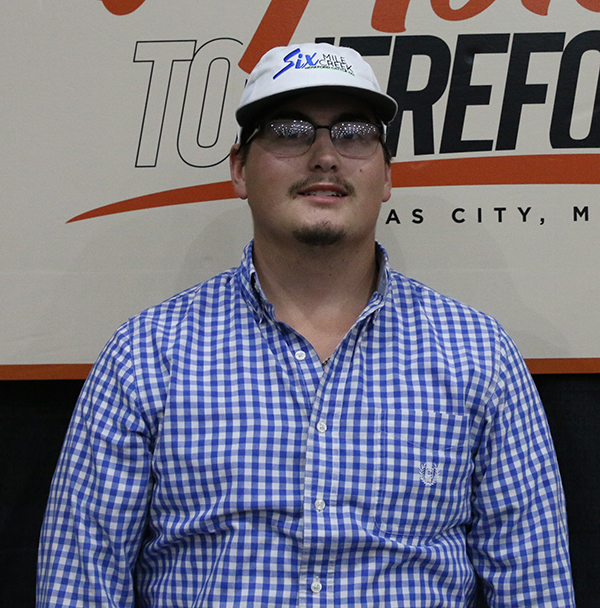 Hailing from Collinsville, Okla., 21-year-old Parker Cantrell is the son of Steve and Michelle Cantrell and attends Oklahoma State University. His favorite part of being an NJHA member is seeing the excitement on the faces of young members as well as cultivating the next generation of Hereford enthusiasts. He attended his first Junior National Hereford Expo (JNHE) in 2008 and this year Parker has come home to where it all began — Kansas City. Although he says it is nearly impossible to choose, his favorite events are the Hereford Bowl and individual sales. Parker says it would mean so much to receive the Herdsman award. “I’ve looked up to Cameron Curry for as long as I can remember and watching him win the herdsman award in 2011 was such a big moment,” he says. “If I could make that sort of impact on any member, that would mean the world to me.” 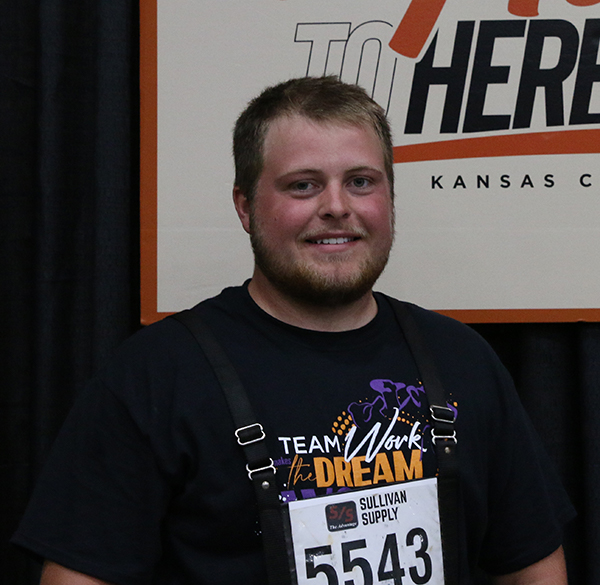 Logan Stumpf is the son of Gene and Lori Stumpf from Columbia, Ill. The Rend Lake College graduate now works full-time as a grain farmer with his family. He attended his first JNHE at the 2008 Kansas City showing and his favorite events are competing in showmanship and the bred-and-owned show. As an NJHA member, Logan’s enjoys traveling all over the country every summer meeting new people and seeing show friends he has made along the way. He is grateful for the experiences and opportunities to show cows at the national level, and now likes to look back on his early years to see how far he has come from where he started. “To me, winning the Herdsman award would mean just as much as winning the show,” Logan says. “I feel it is a very fine and hard to earn award and I am beyond thankful and appreciative to be nominated for such a prestige award.” 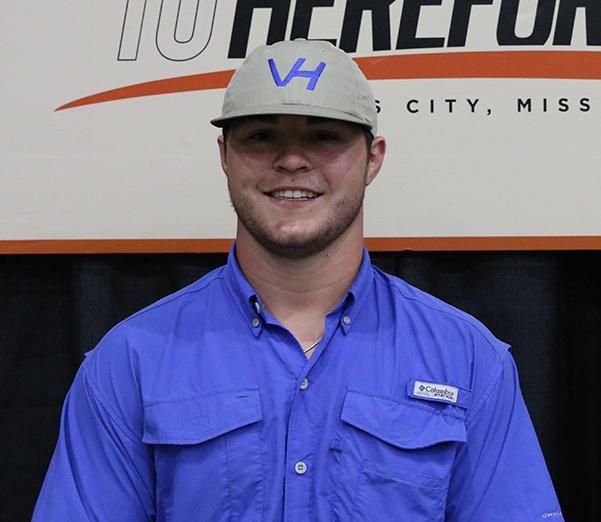 Burk Van Horn, 22, is the son of Chuck and Patt Van Horn of Morgantown, Ind. Burk attended his first JNHE in 2007 in Denver. He enjoys being a member of the NJHA because to him, Herefords are the “biggest and best breed in the country.” His favorite part of attending JNHE is having the opportunity to see friends who he cannot always see, along with competing in showmanship. One of his favorite memories from JNHE is taking home the grand champion bull title in 2016. “It would mean a lot to me to win Junior Herdsman of the Year,” Burk says. “It has always been one of my dreams since I have been able to understand what it really means. Being named herdsman means you’re able to show that you have worked hard at home and know about your breed and cattle in general.” 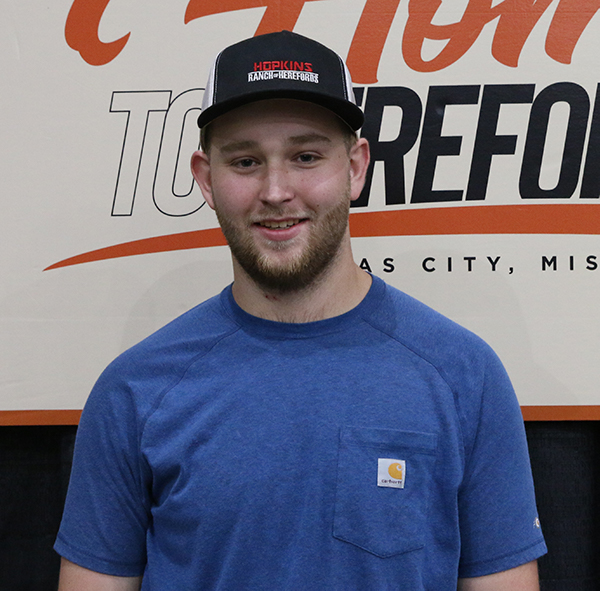 Twenty-year-old Ethan Hopkins is the son of Roy and Kim Hopkins from Winchester, Tenn. He currently attends Middle Tennessee State University where he is studying finance. If you ask Ethan his favorite part of being an NJHA member, he’ll say it is the people. To him the NJHA has helped him connect and meet a group of Hereford breeders who will be friends for a lifetime. In 2009, Ethan ventured to his first NJHE, which was held in Tulsa, Okla., and he has been hooked ever since and always makes plans to attend every summer. During JNHE, Ethan enjoys competing in the bred-and-owned division and seeing the quality of cattle the other junior exhibitors bring. “When I received a nomination it was a true honor,” Ethan says. “Winning would be a dream come true. My family and I have worked hard to increase the quality of our cattle and winning this award would show all the hard work we have put in.”