Each year at the American Hereford Association’s (AHA) Annual Meeting, three new members are elected to the Board of Directors to replace outgoing board members. Voting delegates representing each state or state group elect the new board members. In early May, nomination cards for voting delegates were sent to eligible AHA members so they could nominate themselves or their peers from their respective states to be a voting delegate at the Annual Meeting. The AHA has processed all of the nominations, and ballots are ready to go out to each state where there were more nominations than delegates allocated for the state. Be sure to complete your voting delegate election ballot and return it by Aug. 1

Each year, we have a few states and state groups which have exactly as many nominations as delegates allocated. For those states, nominated members are determined by acclamation and will represent their state.

We also have some states which do not have as many nominations as there are delegates allocated. In this circumstance, we seek help from state association secretaries and/or state association presidents to help identify eligible members who are willing to serve as a voting delegate for their state.

The list below shows which states will have ballots for the “Voting Delegate Election” sent out as well as those that will not. If your state has fewer nominations than delegates allocated, please let your state president or secretary know so we can work to get your state adequately represented at the Board election in October. State presidents or secretaries should contact Jack Ward or Stacy Sanders at the AHA headquarters in Kansas City, Mo., at 816-842-3757 to identify additional voting delegates. 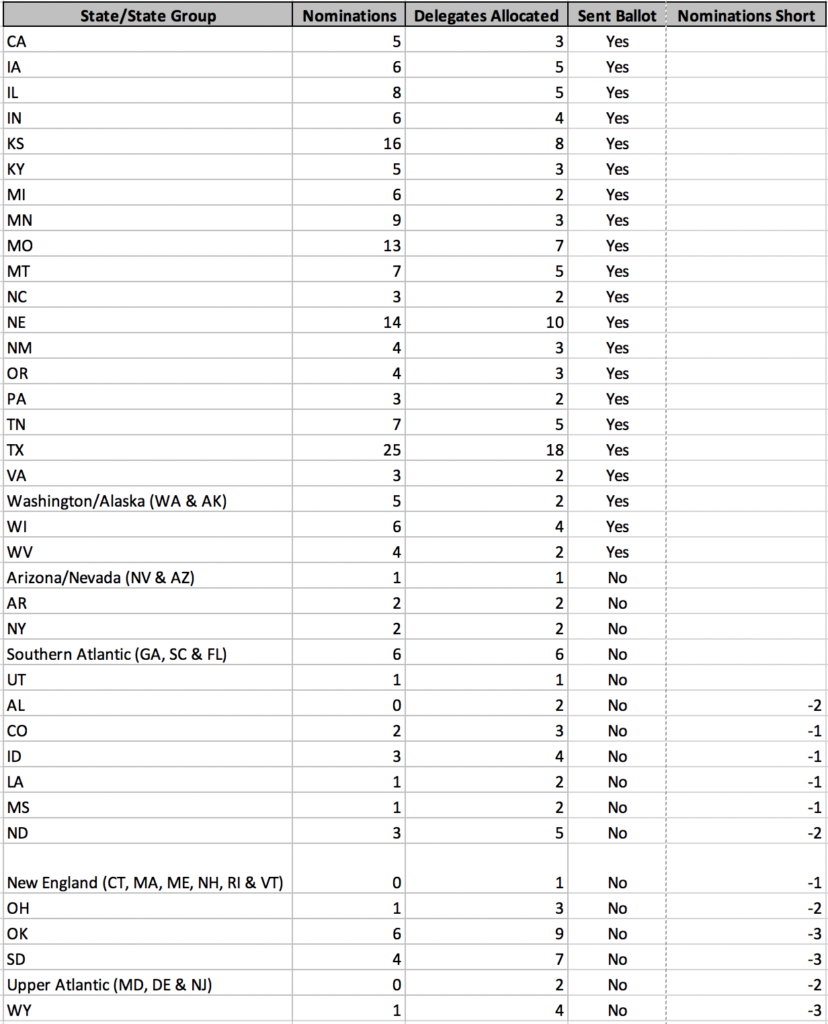