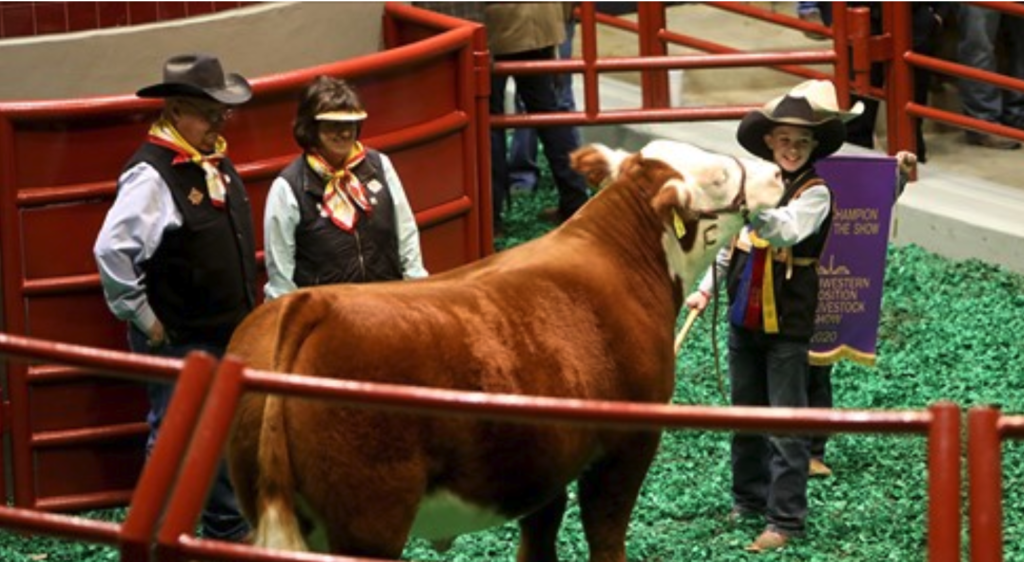 The energy heightened as the grand champion steer took center stage on the green chips at the 2020 Junior Sale of Champions in Fort Worth, Texas, Feb 8. Amongst the standing-room only crowd were Gary and Kathy Buchholz, owners of GKB Cattle, Waxahachie, Texas, known for their dedication to supporting future leaders of the beef industry.

As an excited Ryder Day, Meadow FFA, stood with his grand champion steer — first named champion polled Hereford steer — the crowd erupted as the Buchholzes placed the winning bid for a record-breaking $300,000.

“We support Hereford youth year after year because they are the future of the breed and the beef industry,” Kathy Buchholz says. “The young exhibitor, Ryder Day, is a third-generation showman, and that tradition has continued because other Hereford breeders in the industry helped his parents, his grandparents and even his great-grandparents.”

Not only did the junior sale make history at the Fort Worth Stock Show, this year’s junior steer show will go down in the record books as the first time a Hereford has been selected as grand champion in 38 years. Chad Breeding, Miami, Texas, exhibited the previous grand champion Hereford steer in 1982.

“This year’s Fort Worth Stock Show was special for the Hereford breed because it continued the historical heritage and legacy of the white face breed,” Buchholz says.