Hereford Champions Named in Fort Worth 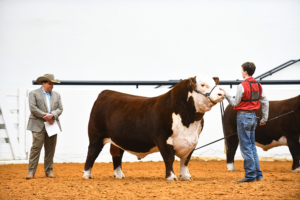 The American Hereford Association, with headquarters in Kansas City, Mo., is one of the largest U.S. beef breed associations. The not-for-profit organization along with its subsidiaries – Certified Hereford Beef (CHB) LLC, Hereford Publications Inc. (HPI) and American Beef Records Association (ABRA) – provides programs and services for its members and their customers, while promoting the Hereford breed and supporting education, youth and research. For more information about the Association, visit Hereford.org.
To view complete results of the 2020 Fort Worth Stock Show visit Hereford.org.