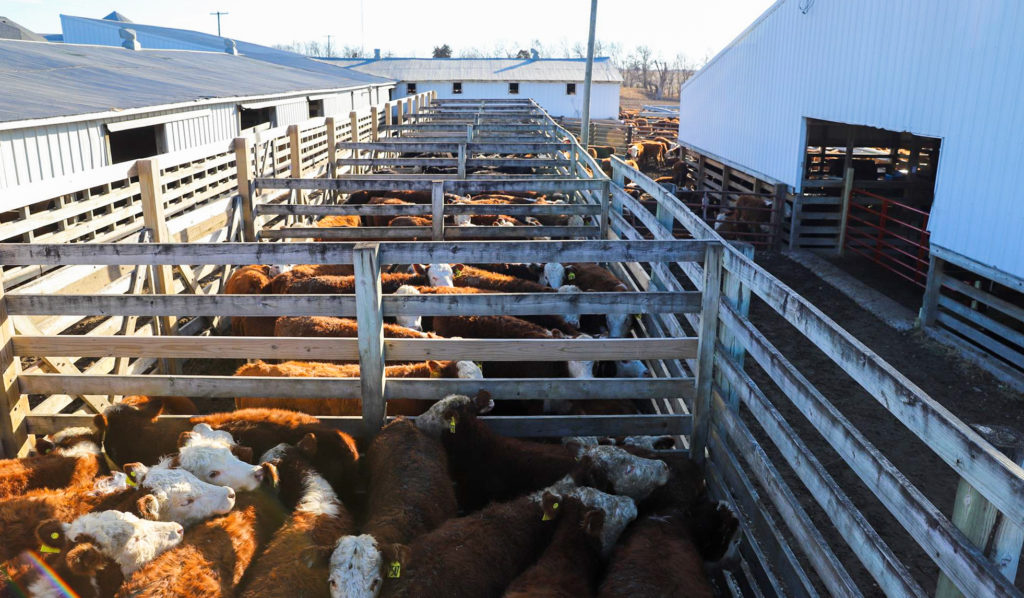 Hereford and Hereford-influenced calves racked in more than $1.5 million at the annual Greater-Midwest Hereford Sale in Carthage, Ill., on Jan. 6. Up 20% from last year, 1,865 head were consigned from 93 producers representing 10 states at this year’s sale.

“This sale adds a lot of value to Hereford producers and, in turn, adds value to their calf crop,” says Brent Lowderman, who owns and operates Carthage Livestock, Inc. with his wife, Kris.

In the 2020 sale, the first 1,000 straight Hereford steers brought an average of $944 per head, and there was much stronger demand for the heifer loads compared to last year.

“The success of this year’s sale is a testament to the quality of the Hereford breed,” says John Meents, AHA field staff representative for the Upper Midwest region. “I would like to thank the entire crew at Carthage Livestock for their hard work, as well as the 93 consignors for their participation.”