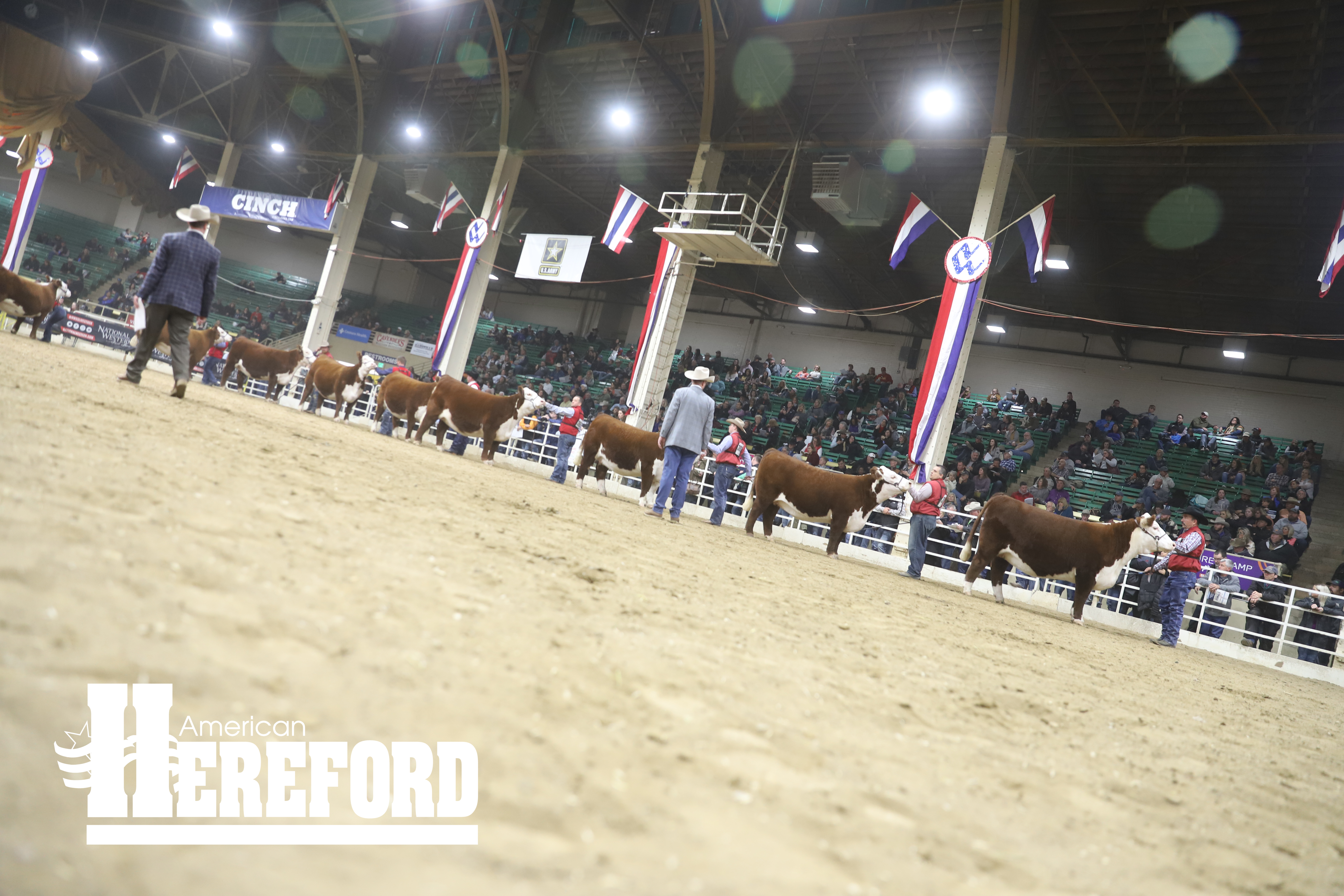 DENVER – The red and white breed put on a spectacular display at the National Western Stock Show (NWSS), Jan. 15-18, as SR Dominate 308F ET captured the supreme title of the National Hereford Show in Stadium Arena. A total of 284 head (94 bulls and 190 females) were exhibited on the “Hill” in Denver for the national Hereford open bull and female shows.

“These breeders have worked so hard to make these cattle better, and it shows through here today,” Cody says. “They’ve worked diligently — obviously not only phenotypically, but from a numbers standpoint [with] EPDs — and [have put] that all together into a package deal. I think the Hereford breed has grown leaps and bounds.”

Below are the champions from the bull and female shows.

A total of 646 Herefords were exhibited throughout the four-day Hereford show at the NWSS. Judge Graham Blagg, Spring Hill, Kan., evaluated 150 head in the junior show on Wednesday, Jan. 15., to head off the Hereford display in Stadium Arena.

The American Hereford Association, with headquarters in Kansas City, Mo., is one of the largest U.S. beef breed associations. The not-for-profit organization along with its subsidiaries – Certified Hereford Beef (CHB) LLC, Hereford Publications Inc. (HPI) and American Beef Records Association (ABRA) – provides programs and services for its members and their customers, while promoting the Hereford breed and supporting education, youth and research. For more information about the Association, visit Hereford.org.
To view complete results of the 2020 National Western National Hereford Show visit Hereford.org.