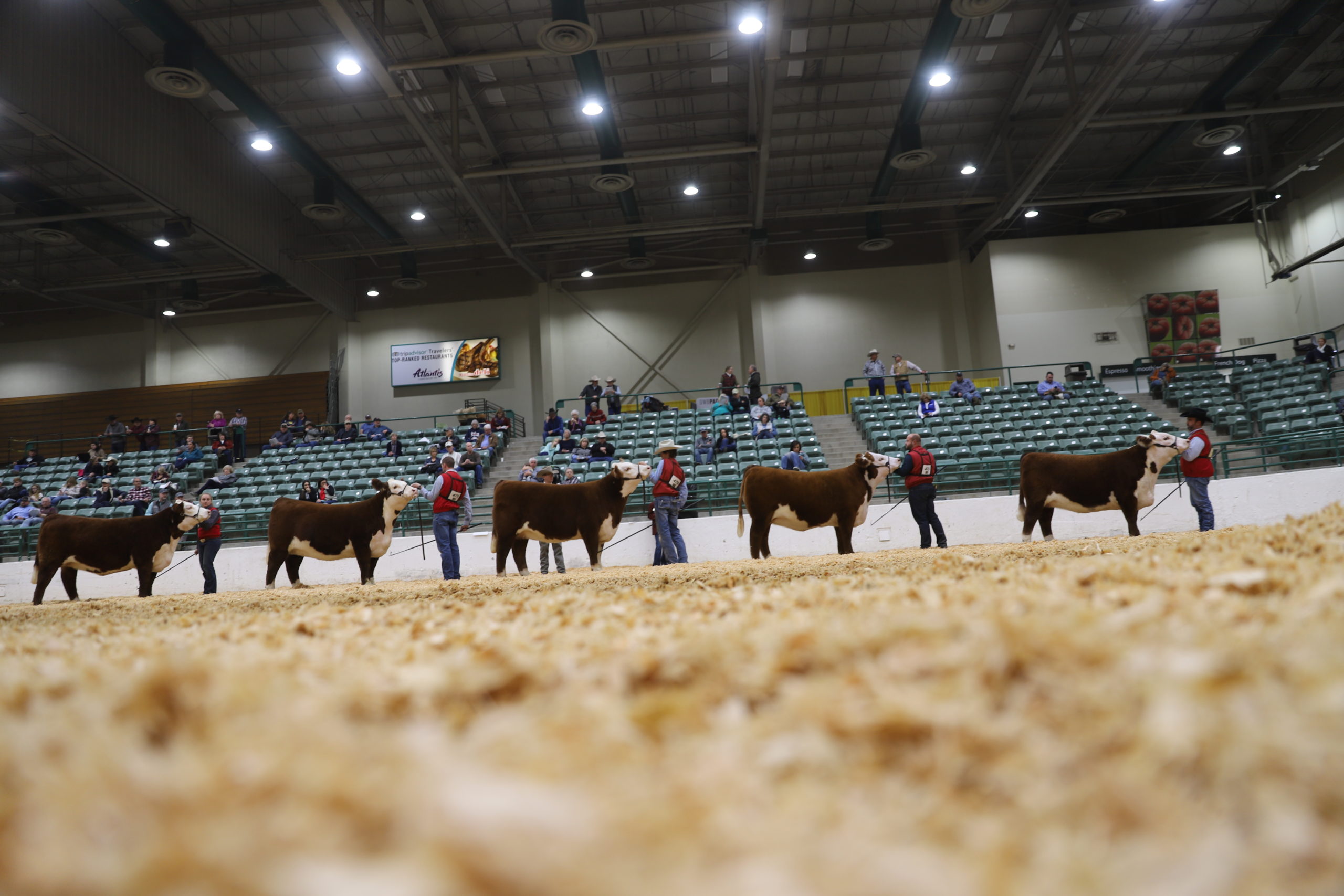 RENO, Nev. – Hereford exhibitors took a gamble to see if they could win the title of grand champion Dec. 5–7 in Reno, Nev. A total of 202 Herefords were exhibited throughout the event.

On Saturday evening, the Western States Social was held at the Nugget Hotel and Casino. During the social Ryan Rogers, Eatonville, Wash., received the Brice Dean Anderson Memorial Scholarship. This award is given by the Anderson family in memory of Dean, who was an active National Junior Hereford Association member.

Bailey Kelton Klug, Yerington, Nev., received the Willard Wolf Award. Willard, who lost his battle to cancer in March, was a longtime American Hereford Association Western regional field representative and was very instrumental in organizing the Western Nugget show. When Wolf retired, a belt buckle was awarded at the show in his honor to recognize someone who exemplifies the same passion for Herefords and Hereford breeders as Wolf.

The final award of the night honored John Ascuaga, a fundamental leader in laying the ground work for establishing the Western Nugget National Show and Sale. Ascuaga’s memory is honored along with the Reno tradition at the Nugget by awarding youth with a $1,000 scholarship each year. Shelby Burlile, Emmett, Idaho; Bailey Morrell, Willows, Calif.; and Bailey Kelton Yerington, Nev., received this year’s scholarship. This award is made possible by the Western states Hereford breeders and funded through the Hereford Youth Foundation of America.

The American Hereford Association (AHA), with headquarters in Kansas City, Mo., is one of the largest U.S. beef breed associations. The not-for-profit organization along with its subsidiaries — Certified Hereford Beef (CHB) LLC, Hereford Publications Inc. (HPI) and American Beef Records Association (ABRA) — provides programs and services for its members and their customers, while promoting the Hereford breed and supporting education, youth and research. For more information about the Association, visit Hereford.org. For pictures and additional news releases, visit www.hereford.org/media.