VanNewkirk BIF Seedstock Producer of the Year from American Hereford Association on Vimeo. 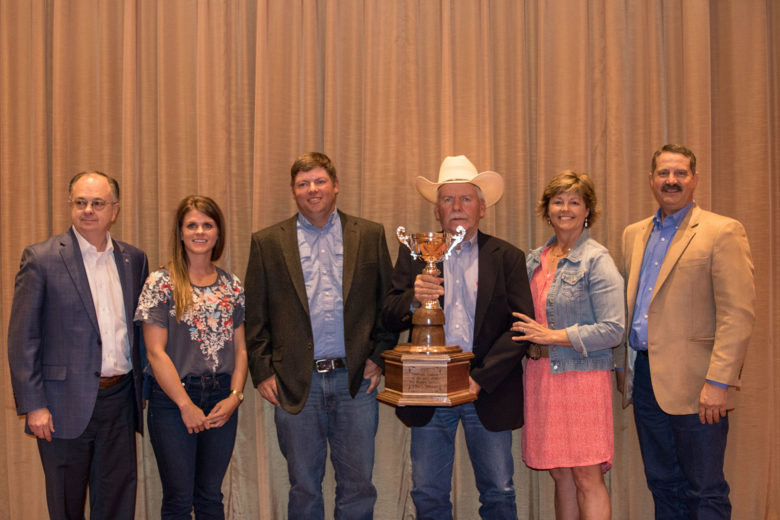 LOVELAND, Colorado – The Beef Improvement Federation (BIF) presented Van Newkirk Herefords, Oshkosh, Nebraska, the BIF Seedstock Producer of the Year Award June 22 during the group’s annual meeting and symposium in Loveland, Colorado. This national award is presented annually to a producer to recognize their dedication to improving the beef industry at the seedstock level.
Van Newkirk Herefords is a family-owned ranching operation dating back to 1892, when Lorenzo Van Newkirk started mating Hereford bulls to his Longhorn cows. In 1942, A.J. (Bud) Van Newkirk started the operations registered Hereford herd.
Today, the ranch is operated by the third and fourth generations. Joe and his wife, Cyndi; son, Kolby and wife, Meg, and grandsons, Barrett and Sloan; son, Nick; and daughter, Sara; along with longtime hired man Travis Kezar are passionate about breeding quality Hereford genetics.
The ranch’s herd has grown from the original five registered cows to 600 registered cows today. Center pivots and efficient use of surface irrigation have been utilized, making it possible for the Van Newkirks to produce 90% of their winter feed supply. Summer grazing is on native Sandhills pasture. 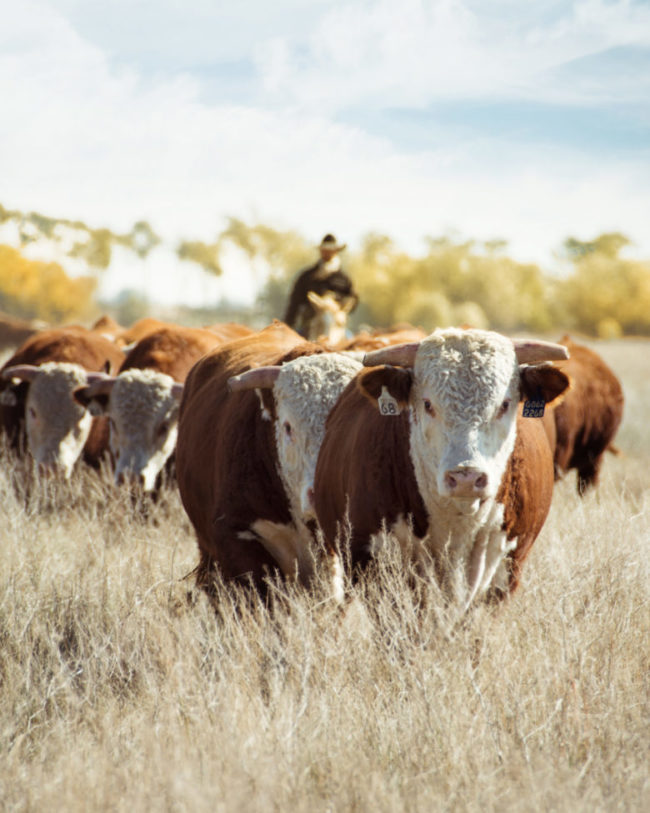 The Van Newkirk family is committed to gathering accurate, timely performance data. For more than 45 years, performance testing has been a high priority, and continues to evolve with technology. Individual weighing of calves started in 1969, and in the 1980s they began collecting ultrasound data. Since the 1980s, cull heifers and steers have been fed out and feedlot and carcass data gathered. In the 1990s, they implemented genetic testing.
The Van Newkirk family is passionate about improving Hereford genetics and strive to strengthen the beef industry by offering superior genetics, utilizing sustainable management practices and being good environmental stewards.
The Van Newkirks will host their 46th annual sale on January 21, 2019, selling 210 bulls and 260 heifers. Demand has grown over the years, and the Van Newkirks attribute the success of their operation to repeat customers.
More than 600 beef producers, academia and industry representatives were in attendance at the organization’s 50th annual convention. BIF’s mission is to help improve the industry by promoting greater acceptance of beef cattle performance evaluation.
For more information about this year’s symposium, including additional award winners and coverage of the meeting and tours, visit BIFconference.com. For more information about BIF, visit Beefimprovement.org.


###
The Beef Improvement Federation (BIF) is an organization dedicated to coordinating all segments of the beef industry — from researchers and producers to retailers — in an effort to improve the efficiency, profitability and sustainability of beef production. The organization was initiated almost 70 years ago to encourage the use of objective measurements to evaluate beef cattle. Continuing the tradition, BIF is now the clearinghouse for developing standardized programs and methodologies for recording of performance data for all traits, from birth weights to carcass traits. Its three-leaf-clover logo symbolizes the link between industry, extension and research.